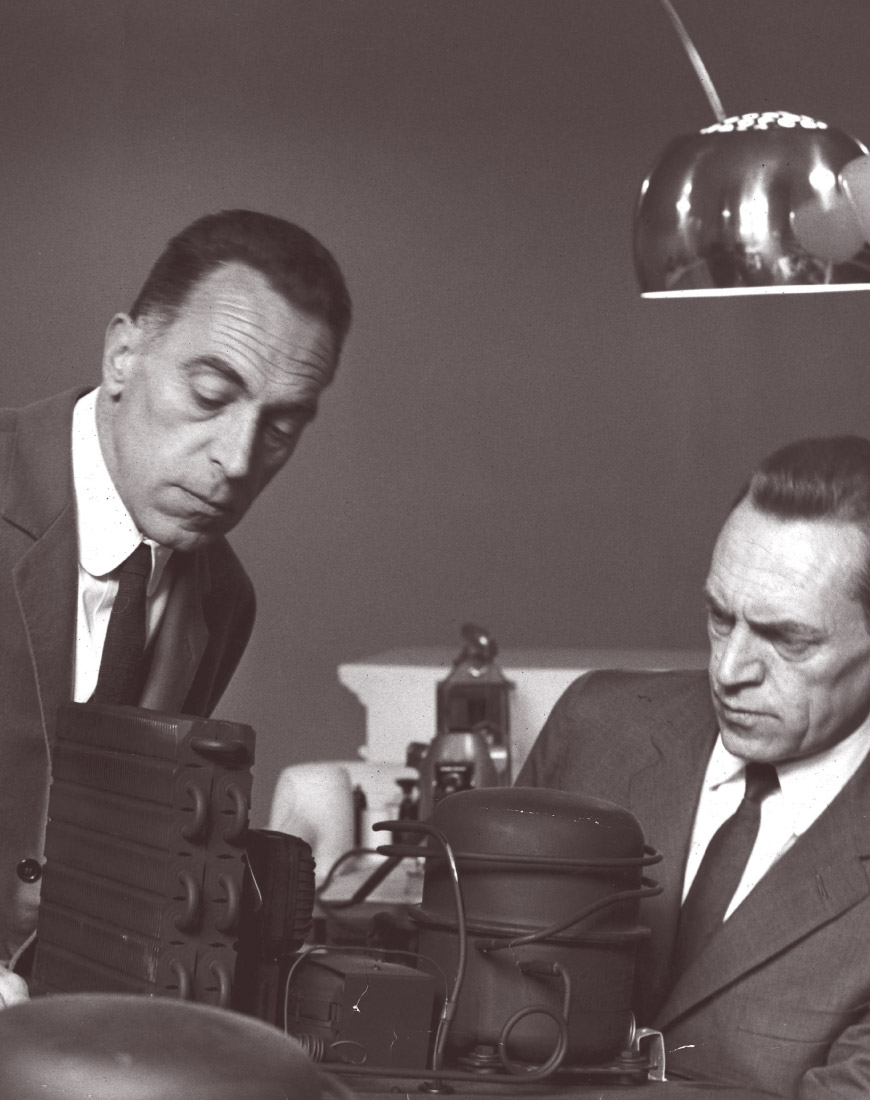 The Castiglioni studio was established in 1938 by brothers Livio and Pier Giacomo, while for certain projects, Luigi Caccia Dominioni also worked alongside them. In 1944 Achille joined the studio: the partnership between the three brothers continued until 1952, when Livio set up on his own, while continuing to work with Pier Giacomo and Achille for some special projects. Achille and Pier Giacomo worked together without any clear division of roles, but with equal participation, and constant discussion and exchange of ideas. This collaboration continued until Pier Giacomo died in 1968. Achille continued to work in the same way as he always had done with his brother, and indeed it is almost impossible to detect any difference in his approach to projects, other than the natural social and technological changes that came about with the evolving times.